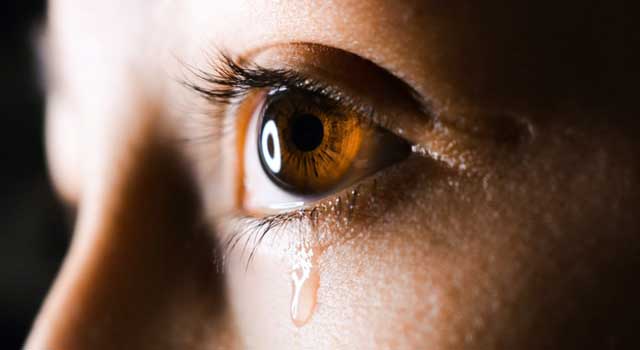 I cried today. The kind of tears you can’t contain. The ones that come at will whether you like it or not.

Wrestling with an old story of something I think I should be smart enough to fix. Something that I have not been able to accept for the last eight years. Something that appears to have no answer except the one we never want to hear, ‘Surrender to what is’.

I know it is the path and yet the torture I create inside me comes from a refusal to believe it.

I write this to give me a little more space to breathe. When the words come from this place, I know they are for me more than for you and yet, somehow it helps to share, to know that in the midst of this, there may be something for you too.

Sit beside me for a moment, woman to woman. Hear my story.

It has been brutal in my mind recently

It’s hard work defending your heart against your own thoughts, and this is not the first time in my life I’ve found myself here.

A curse and a blessing in my life is my ability to function brilliantly, including in the midst of internal despair. I’m so good at it, I have even found ways to hide the depth of my turmoil from myself, boxing it away until it bursts open and presents me with no choice but to face it. That can take weeks – months even – and in the meantime, I find myself living from the tiniest space in my brain. Working furiously to avoid and keep on keeping on. Only the most adept at understanding me will ever see it. I’ve practiced a whole lifetime of being this way.

It’s an old and tedious story

I’m so bored of the story that I don’t give myself permission to speak it anymore.

I remember once sitting in a group of people that I loved and trusted, trying to bring my feelings to the table.

I think that was the moment I sealed it up for good. I have a carefully crafted public image (even to my friends) and when he declared enough, I took it as gospel. I can literally remember where I was sitting and how something inside me curled up sadly and shut itself down.

I will not be that person that people don’t want to be with.

This part of me, this unacceptable story of illogical and inner pain, is not for public viewing.

I spent time with a brilliant healer earlier this year. I realise now, typing this out in full, that I did the same with her. She asked a question that I took to mean she thought I was lying or exaggerating in some way and so I gave her the answer I thought she wanted to hear rather than my real truth. We worked on other things. I got some relief. But the sorest spot? No, no. This was not the place either. I believed she had told me that she didn’t want to hear it and so, despite the fact that I was paying for the time and space, I gave her something else. Something more palatable. Something we could both see the hope in.

Let me be clear, it was not her, it was me. Doing that thing I do, making myself a ‘good client’, someone to be proud of.

It’s a behaviour that gets in the way, big time.

I want to be clear, I don’t mean to hook you into mystery here. I’m guessing you’re asking, ‘but what’s the story?’. My truth is I don’t know how to tell it to you in a way that serves me as well as you.

You see, I’m a master story teller and in this story in particular, I want you to understand my pain, how this truly is a story worth listening to, even though you may have heard versions of it many times before. How MY story is different to the others. How I’m tired of feeling ashamed and of hearing your judgements in my head, even though you may never have uttered them.

So let me say this: I am living in a body that refuses to conform and that I refuse to accept.

One that shocks me when I catch it in the mirror and one that has the capacity to occupy a vast percentage of my waking thoughts. It’s a body that makes me hopeful in a moment and furious in the next as it refuses to pay any attention to all of my efforts to coerce it into returning to its former state. A body that glows with health on the inside and looks like a giant FAILURE on the outside.

It’s a body which might has well have SHAME tattooed on every inch of it. It’s a body that shows to the World I am not as perfect and together as I want you to think I am, whatever I say to prove the contrary.

It is a body that is my first waking thought and my last thought before sleep. A body that has endured two eating disorders and countless moments of starvation in between. A body that cannot eat in peace without the voice of self attack and a body that has never known an unconditional friend in its owner.

And it is unbearable living life as though I can fix it. When eight years of relentless pursuit has shown me that the only experiment that works is acceptance.

Why do I resist?

A conversation with a dear friend this weekend offered a tiny opening. As we were speaking, I pointed out two things to her. Two functions of this body that I accept fully with little question or resentment.

Several years ago, a hugely significant spinal injury left me with nerve damage. Large chunks of the outer side of my right leg and foot have zero or impaired feeling. It’s a bizarre sensation and one I don’t like too much. Yet, after seeing no improvement in the first two years since it’s occurrence, I took the surgeon’s expertise as read. ‘You won’t get the feeling back now’ he said, ‘it’s gone’.

Of course, if I give it any attention, I see I’d quite like to have it back.

But that’s the thing. I don’t give it any attention. It’s gone. Not coming back. Move on Danielle.

And then there’s my significant reaction to gluten. You only have to see me after I’ve inadvertently digested some to know there’s something wrong. My face turns greyer in response to what’s going on in a body that’s trying to reject a thing that does it no good. Sometimes I’m faint and nauseous, other times I feel like my stomach might implode.

What do I do in response?

I don’t eat gluten. Ever. Simple.

It’s easier than you think. I smile when you apologise for eating something that I ‘can’t have’, but I genuinely don’t care. It doesn’t matter to me. There’s this thing I used to be able to eat, and now it hurts me, so I don’t eat it anymore.

It’s not a big deal.

So, why does it literally rip my heart in two when I realise that I will never again fit into those clothes that used to smoothly fall around my body?

Why does it tear me apart when every single year I gain a little more weight and know that it is almost certainly here forever, despite the application of Herculean self-discipline? (Forgive me, I need you to know that, so that I can fend off the raised eyebrows that I can’t even see, suggesting that this is indeed my fault and I just need to ‘try harder’).

Because I still believe it can be fixed, that’s why.

Ask me the question

‘Do you want to never feel this way again, Danielle, or do you want your body back the way it was before, but with all the thoughts remaining?’, some part of me chooses the latter. Mainly because I don’t believe you that the thoughts will remain. I believe that when I fix this, this unfixable thing, I will finally be free.

The truth is, I know that is not the way. It cannot possibly be.

How many times do we need to run the same experiment in our lives before we simply accept the results and move on?

I cried this morning

Not because it all got too much. Not because I was frustrated and sad and desperate, although recently I have been all of those things and more.

I cried because I opened a completely unrelated book for what I expected to be a gentle read.

Before I even got to chapter one, I was greeted with a quote. One that made the tears fall down my face with the pure raw truth of it. And which eventually led me to shut the book and write this before reading another word.

“What makes it unbearable is your mistaken belief that it can be cured”.

And so I weep. For the long-held belief that I know I need to let go of. For the years, and the hours and the wasted moments. And for the hope that this time, finally, I will choose a different path. The one that leads to freedom.

Before I go: Thank you for choosing to sit beside me today. For allowing my heart to beat freely alongside yours. In that simple choice, there is healing for all of us.

Please know that this blog, whilst written in the moment, is issued to you a little later in time. Things will have changed since now and then. All is well.