The Secret to Big Magic 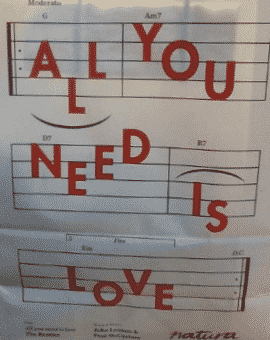 I typed the title and smiled. Two book titles in just five words. One that I’m not such a fan of (The Secret) and one that I adore (Big Magic). This blog isn’t about either of them. Although it kind of is…

You know what it feels like to have Big Magic in your life, I know you do. Those moments where life is bursting with synchronicity and peace and joy and you have NO IDEA where it came from. If you’ve really experienced it to the degree I’m about to share, you’ll also be familiar with the moment where you suddenly realise you might lose it, panic starts to arise and Poof! Literally, in that instant you attempt to grab hold of it, it’s gone.

And you have no idea how to recover it.

But you really, really want it back.

Now more than ever, many of us could do with opening up that door again or even for the first time. And yet when we go looking for it, it’s usually nowhere to be seen. You see, that’s how it works. It’s not a thing we can hunt or control, and yet, what we absolutely CAN do, is set up the circumstances for it to appear.

Think I’m going all Woo Woo on you? Bear with me. The answers I have are as practical as they come.

My most heightened experience of truly Big Magic was five or six years ago now.

I was on this mysterious leadership programme…the one I had laid out a personal fortune for, that literally had a one line description and a LOT of people raving about it. As I write that, I realise this already reads like I might have joined a cult and I’m smiling at the thought.

At the time of enrolling, I had All The Things. You know, big job, big title, big money, big car, big holidays.

At home, things were great, but professionally, I felt as though I had climbed Everest to discover a cheap motorway service station at the top and a load of people with grey faces drinking crappy coffee.

“This can’t be it”, I thought to myself.

I set out to find out what I was on this planet to do. Eventually that path led me to the course. Where I uncovered Big Magic.

Let me be clear, they weren’t teaching Big Magic. But that’s what I found. On a mountaintop in Spain with pink Bouganvillea everywhere I looked.

I went to Spain for four weeks over the course of 10 months. And every time I went, the magic appeared. Like, er, magic.

(Sidenote: I could write a book on the coincidences and serendipity that appeared every single time I finished the week in Spain, but this is a blog, so I’m sitting here trying to work out how to give you a flavour without you having to come back and read the rest tomorrow.

I’ve finished week one and I’m at the airport in Barcelona waiting for my flight home to Scotland.

You know airports, right? Not exactly the most relaxing of places. At least not to me. Designed to have us get a little drowsy (so that we follow all the rules), I experience them as stuffy, and tiring. They usually give me a headache.

And this was a particularly unexciting terminal. Not so many shops or things to do.

Yet somehow, I was a different person. I found myself in love with every human that walked past me, smiling at them all and breathing in their brilliance. Most importantly, I was on a mission.

From a crappy airport with a sandwich shop, a duty free and a couple of touristy gift shops…

Impossible, right? Not when you’re BEING a different person.

I enter a sort of hippy yoga type shop. The only one of its kind. Looking for a present for our neighbours and best friends, Les and Anna. I spent some time in there, picking up things and putting them down again. I don’t remember what I bought, but I do remember it came in a paper gift bag that really made me smile.

The words on it were just perfect.

Onto John. Let me be clear, it’s not easy to buy my husband a gift at the best of times. In an airport? Not a chance of something meaningful.

I figured I needed to be smart. So I popped into the soulless duty free (to my eyes, filled with the infinite possibility of a child in a sweet shop with money to spend) and began to scour the aftershaves for something that would make him smile.

I picked it up with a smile. Easy. Exactly what I needed.

So, let’s skip the bit about the journey home with the two girls who shared their life stories with me and the three of us, all strangers to each other, holding hands as one worked through her fear of landing (because that’s a whole different story of Big Magic), and let’s get back to Scotland and those presents…

John is waiting for me at the airport. He throws his arms around me in a giant bear hug and I sink in gratefully. It had been a tough choice heading off to Scotland. He knew, like most of us do, that some of these big programmes designed to have you look deep into your life choices, can really show the cracks in some relationships for what they are – irreparable. Whilst I had headed to Spain knowing that our marriage was forever, he had been the one waiting at home wondering if that would turn out to be true.

We began to share stories. Bright eyed and filled with wonder, I started to explain what had happened on my course. Mid way through he exhaled and leaned over to hug me.

‘I was so afraid you would come home and say I wasn’t The One’ he said.

Tears filled my eyes and I silently handed him a duty free bag. One box inside. A new aftershave I had never seen before. It didn’t matter whether he liked the smell or not, it had already done it’s magic.

‘The One’ by Dolce and Gabbana.

That evening, we were heading out to a live gig with Les and Anna. There wasn’t much time to get ready. Excited to see them, I grabbed their tiny gifts and headed out to their car to travel together.

Stepping in I burst out laughing.

And as the words of the chorus sing out, I hand them their paper gift bag, once again realising that the contents themselves were irrelevant.

‘All you need is love’ reads the bag, as the radio sings out the very same words.

I had a whole week like that. Maybe it was longer. Coincidence everywhere I looked. Bonkers things that just felt like the whole world was lining up to wave at me with excitement. And then it was gone.

But I never forgot it. And each time I headed to Spain, the same thing, in different ways. Impossible coincidences, plane rides with strangers who I would then bump into months later in the strangest of places.

The magic was everywhere.

It never changes. Not even a little bit. But I am not always open to it.

I get swept up in my head, in the illusion of busy. I forget to be out in the world with eyes wide open, available to anything and everything that might be occurring in that exact moment.

And so I miss the magic that is occurring all around me in every second. The infinite opportunity that exists if only I would remember to stay curious about it. The love that bubbles in me when I simply give it space.

And the irony of writing this blog?

I realise I have forgotten it again. And that, as always, I wasn’t writing this for you at all, I was writing it for me.

As the tears move down my face, I remember that it’s waiting for me out there, jumping up and down like an excited child wondering when I am coming out to play.

So, if you’ll excuse me friends, I need to go.

There’s magic to be found today.

Create your remarkable life. It’s there waiting for you. If only you would let it in.

1 thought on “The Secret to Big Magic”