She’s gone. And this is what I know to be true. 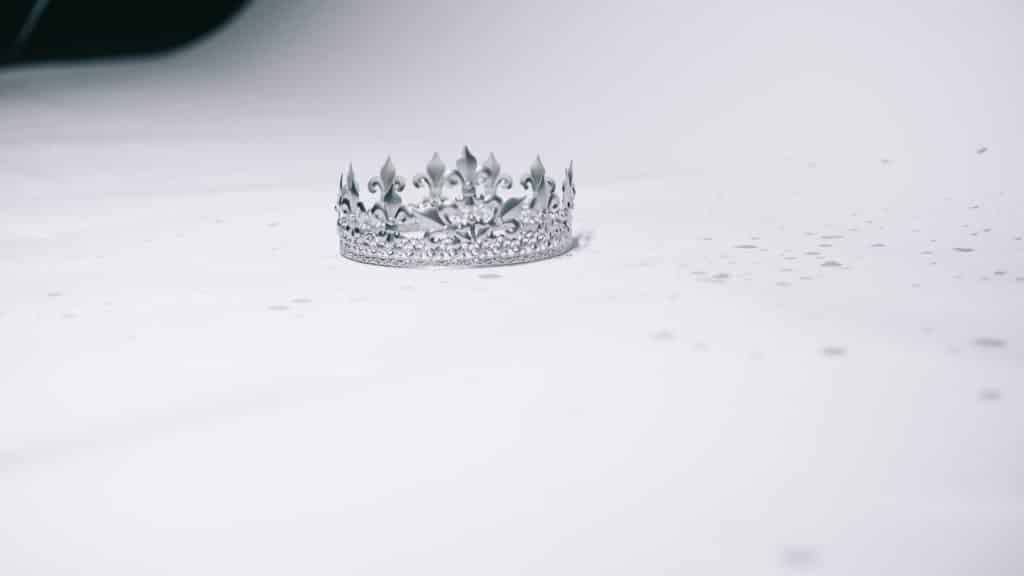 Tears flow as I write this. The silent ones that come with jagged breaths. I wish it wasn’t true.

How can it hurt so much?

I went to another funeral. Driving up to the cemetery. Words falling away. Polite waiting outside. Strangers connecting with understanding eyes. Some a little leaky. Smiles too. There’s something about a funeral that reunites old friends and colleagues. We’re pulled out of our busy lives and reminded again of what’s important. Suddenly we can easily clear important meetings to be where we most need to be.

We need to share stories of how just days before she was her usual bubbly self, and we’d been having coffee and we thought she was doing great and how, how does this happen?

The Family arrive. You can feel their loss from 250 yards away. They’re dressed so beautifully. Kilts. Dresses. Designer heels. It’s almost like a wedding. Except of course, not at all.

Then we see it. The reason why we’re all here. The wicker basket adorned with flowers.

It’s so Her. Simple. Stylish.

When she walked into a room, everyone turned to see who this glamorous lady was. It was the same in Death.

The chapel was full. So full that those standing spilled into the aisles, the sides and even in front of the family.

Pressed together we were reminded of the impact one woman, a tiny woman can have in so many lives.

I can still remember meeting. Strange in many ways given it was well over a decade ago. A work project. One of those that had high ambitions to change everything. And in many ways it did. Touching lives, changing our own.

I often describe life like a film set. People have roles. Some are literally like passing scenery. You barely notice them. And even if you do, they are forgettable. They come. And they go. Hardly even a foot print. It’s not a time thing.

This Woman was different. You noticed her. For all the right reasons.

Her smile was infectious. Her sense of grace and style was renowned. We’d laugh as she’d swish into a meeting, effortlessly glamorous. Meanwhile you couldn’t think of a single thing in your wardrobe that you could have worn to match the glamour.

And yet this was no carefully constructed facade. Her true beauty was in who she was.

It’s often said that the truth of a Soul radiates. Even without “knowing” her you knew what she stood for and who she was. Just one of the reasons why she made friends easily. She didn’t collect contacts, she was about connection, thoughtfulness. She cared.

It’s why even when our paths parted, I knew I’d take her with me.

We didn’t do cards, letters or even texts. After a life shake up I left that whole world behind. In many ways there were no reasons to keep in touch.

And it didn’t matter, there are some people who change your heart forever. It doesn’t matter when you pick up again. You always know you can.

So when Life threw another Plot Twist and we “randomly” found ourselves speaking, it was like all the years in between simply disappeared. It just wasn’t important. Nothing else mattered except Now. And Now had suddenly become Precious.

Little P had the Big C.

An initial conversation and BOOM, there was magic. A conversation of limited possibilities immediately became an opportunity to play Big. To claim her place in this Life, to create a new way of Being with the news and to crucially make a difference to so many others.

Another masterclass in making even this easy.

That was Her. She loved Life.

A follow up conversation and straight to “so how do we do this then…?” Pragmatic, clear, focussed, determined. A lady who knew how to make powerful choices and crucially she MADE them. Yes there was urgency. And more, there was a deep knowing and wisdom.

We entered into a new dynamic, Coach and Client. And as she always had, she played full out. She gave me everything she had. Often more so. She was willing to explore everything, to dig right in. She had courage, grit, determination.

“Show me a new way. An easier one. This one hurts too much.”

She suddenly saw so clearly that her Mind wasn’t her friend. The thoughts that raced relentlessly, often late into the night often took her to places of pain and sadness. To the past, now haunting her with its promise of a life that would last forever. Then the future, full of uncertainty and one huge looming absolute sure bet.

So we started the training for a different Game. The Inner Game. The mastery of Now.

She recognised quickly that though she wasn’t in control of her body and the battle raging within her cells, she was able to CHOOSE where she put her attention. In that space was huge freedom.

A freedom from the worry, the need to know, the relentless mind questioning, the fear and sometimes even the pain. And instead a sense of calm, grace, a knowing. No longer the perpetual swing of good bad, right, wrong.

The shift allowed the noise of the C Story to fade slightly. That alone was often a huge relief. This new experience had become the only Show in town, the one that anyone and everyone was talking about. Like a TV drama. Dark, light, gritty, heart wrenching, funny, sad. It was obsessive at times. No one could put it down. Only no one was talking about the Ending.

Such a small word.

And yet when we sit with it, really BE with it, a wisdom can emerge even though we might wish to deny it. Pretend we can outrun it.

I’ve had a great Life.

I adore my Family and my friends.

I know they love me.

My body has had enough.

I know how this Ends.

The sound of the full stop was deafening.

Silent tears. Hers and mine.

We sat for a long while. In silence. Letting the Truth just be with Us. Like a new friend snuggled in. Big news but not really. She’d known for a while. We always do.

So now what? It was time to go deeper.

“What’s true that you wish wasn’t?”

I have given it everything I have. I thought I could give more.

I wanted longer. I’m not going to get that chance.

I know my blogs are inspirational to others and they love them. I don’t want to write another.

I want my family to support my decisions and to have those type of conversations. That’s probably far too big an ask.

I want to go Elounda with the Girls one more time. I don’t think I can get there.

“You’re kidding? Is this not enough?”

Just knowing isn’t enough. Taking action from what you know is where the super power is.

There is a rocket fuel we can access that changes the Game when we access truth and take action.

Call it the Universe, God, One Pointedness, Abracadabra. Who cares. There’s an aliveness inside you that has you know. And when you find it, there’s a force to be reckoned with that says “THIS WAY”.

She knew her own mind. She always had. And we made every single step easy.

Intimate dinners with family and friends.

Luxury breaks away. A private pool. Bald and still looking like a Bond Girl.

And of course she went to Elounda. 17 years in a row? This wasn’t the year she was going to miss it. This time she took a personal chaperone. His name was Pete.

Surrounded by her wise counsel of incredible Lifetime Girl Friends. Having a blast. Letting the sun toast her even tinier body. Eyes closed with a smile. She made it back to her Happy Place.

What’s true that you really know to be true?

A perfect holiday. Everyone agreed. Bags packed for home tomorrow.

A different Game playing out. A rushed visit to a Greek hospital on a last night.

Little P with the Big C and the even bigger Heart. Her way.

Knowing that everyone, even in their devastation would understand. Pete would be taken care of. Sammy starting a brand new life with her own anchor. It was time.

And now she’s asking me.

So Nic, what’s true that you really know to be true?

That no matter how much I read her texts and messages, the news is still the same.

When you become my client you become Family. Your photograph goes up in our Home, we go on a journey. I’m ALL IN. For YOU.

It’s always a shock. Even when it’s expected.

She got on the plane because of the work we’d done.

That my clients are my teachers; We go on a journey that we don’t know where it will take us. Beyond wildest dreams and fears. We go there anyway.

Loving every moment is the only Game.

It’s not always easy to be a Monk and a Coach. To create and hold a space where words tumble out. Often words that have never been spoken out loud. Where even the speaking of them has someone admit something so full of fear and profound truth that everything changes.

To witness, to hear it, an honour and a privilege. I am here to serve, to help someone be free of their mind and its stories. I can’t imagine doing anything else.

I miss her. That doesn’t change. She hasn’t gone. I just can’t see her.

She was ready. Complete. It doesn’t mean everyone around her was. And I see again that ‘losing’ a wife is different to losing a mother, or a friend.

There’s a void. Of course. A space that won’t be filled. And now there’s a life with her in and one that wouldn’t have been possible if she had stayed.

I spoke to her before she got on her plane. Our last text was laughing about the pilot knowing he had a VIP on board. That matters. When there’s no regrets it’s easier.

My life is changed because of her. What an incredible legacy. Maya Angelou said that people forget what you say or do. They remember how they made you feel. P lifted.

She claimed life like a true Queen. Changing lives. Person by person.

I write this not to make you or me cry. Simply to say, again, COME ON. LIVE.

Because it boils down to this.

I’m not interested in being nice. I’m here to wake people up, to change lives. To help you LIVE them. That’s what matters. It’s ALL that matters.

One day it’s too late. Don’t let that be the case on your watch. Stop this bullshit of I DON’T KNOW. You always know something. Fact.

Ah see that? You’ve got a place to start.

It’s just takes one tiny step to get going. That’s all.

Let’s link arms and do this together.

From me and Little P; yep it seems she wrote that last blog after all.