7 WAYS TO STOP THE BIG FIGHTS IN YOUR RELATIONSHIP 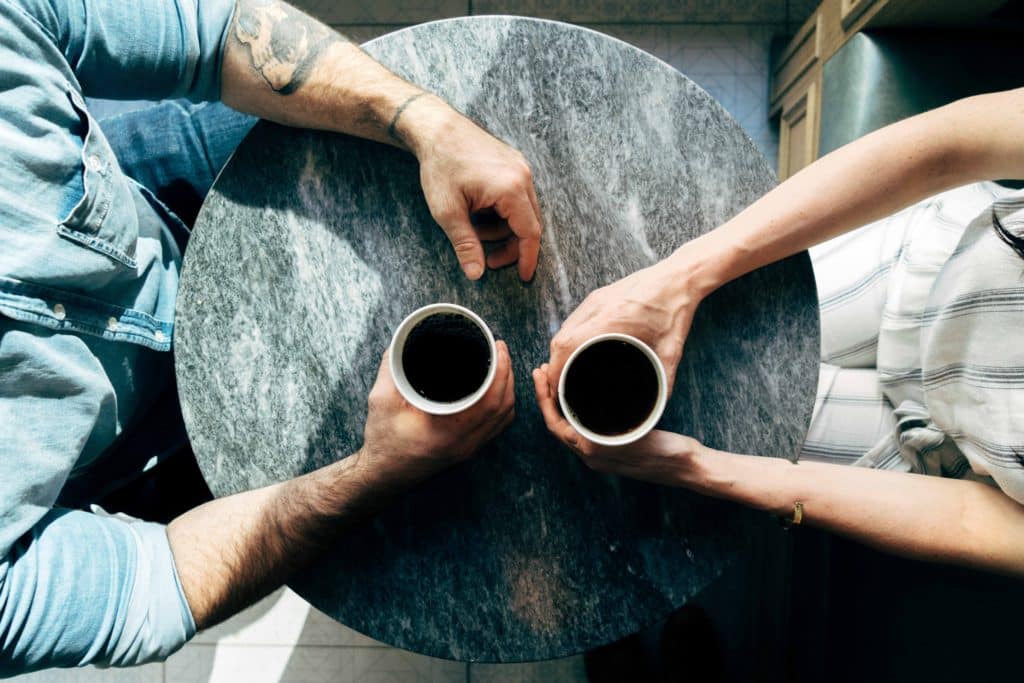 We’ve been trying a new way of fighting in the Danielle and John household in the last few years.

You know, once you’ve got over the horror that we might actually FIGHT sometimes.

OF COURSE WE DO.  What with us being humans after all.  Enlightened super creations of our time for sure, and human beings all the same.

In fact, I was listening to one of the hallowed personal development gurus talk about how he NEVER argued with his wife once and I’ve got to be honest, I had a bit of a reaction.

I’m not saying he was lying.  I’m pretty sure he wasn’t.  I’m saying I THOUGHT HE WAS.  Which is a different thing altogether.

Either that or he wasn’t married to an actual person.  You know.  Because fighting, well I think we all do it.

It’s not to say we do it ALL THE TIME in our house.  It really is quite infrequent. On the whole, we are peace, lightness and happiness with the occasional snarky comment around here.  And snarky’s OK really.  You can get over it pretty quickly if you allow yourself to.

The thing is friends, I don’t know if you’ve noticed this, so take a deep breath, it’s a biggie…

ALL RELATIONSHIPS FORM THEIR OWN SPECIAL PATTERN WHEN IT COMES TO ARGUMENTS.

And for some reason, even though we all hate arguing (hey, that’s an assumption, and most of us do right?  I mean all that snotfesting and shouting and hurting each other, it’s not what we signed up for when we decided to get all committed about life), we just keep doing the same thing, RINSE AND REPEAT.

And you know what Einstein said about doing the same thing over and over again and expecting a different result?

He called it INSANITY.

Let me illustrate for you in case you’re not sure what I’m talking about.  To be clear, I’m not saying we argue about the same things, simply that at some point it generates into the same downward spiral.

One of us triggers the other.  For the sake of illustration, let’s say it’s me triggering John.  Which is probably what usually happens anyway to be fair.

D: “Er, why don’t you just DO IT LIKE THIS.”  (Internal facepalm realising these words cannot in fact be put back into my mouth)

D: (slightly patronising voice that genuinely comes from small quiver of internal panic at the triggering incident) “I know darling, it’s just that you DON’T…”

< lengthy discussion ensues involving both of us pointing out why the other is COMPLETELY WRONG and which at some point moves into small insults, which become larger insults and eventually produce a combination of sighing, shouting, tears (me), swearing (me), getting angry about said swearing (John), walking in and out of rooms and stomping around (both of us) as one of us (me) refuses to go to bed on an argument.  Because you know, it’s NOT HEALTHY and therefore we must FIX. THIS. NOW. Even if it is excruciatingly painful >

About as non-fun as you can get really.

One day I noticed this pattern we had got ourselves into.  And it struck me it didn’t have to be this way.  If we were willing to try to change.

Note: I’ve got to be honest and say this is quite hard in the middle of the battleground and you know, you’re a smart cookie, so just commit to practicing.  Small chance of getting a full turnaround first time and I reckon you’ll see a difference.

Before we get going, I should say, I’m not suggesting that this is your pattern.  No, not at all.  You will have your own special version of Armageddon In The Home.

What I am saying is, wouldn’t it be good if you could break it?

Here’s 7 ways to change the pattern and create something different:

1.  Call out as early as possible that you are having a bad day.

To be honest, I could do a whole blog on this.  And for now, this:

when you wake up in the morning and for some reason all your sparkly joy has deserted you and taken a day trip, for goodness sake, let your other half know. Otherwise they start thinking that it’s all their fault and trying to work out what on earth they’ve done to upset you, while you declare, ‘I’m FINE’ in increasing volume every time it’s asked.  Keep it simple, say, ‘Honey, I’ve woken up in a bad mood today.  I have no idea why.  Bear with me today, I’ll do what I can to get out of it’.

Thus stopping said argument before it even happens.  As well as saving your beloved a whole lot of soul searching and heartache, or frustration if that’s their thing.

2.  Apologise as soon as you remember to in the ‘discussion’.

(DON’T YOU EVEN THINK ABOUT NOT READING THIS PARAGRAPH.  Yes, YOU.  Keep reading. It’s important.)

I know, bear with me, truly.  I’m not saying that you need to apologise for having said something wrong, I am saying that if you simply say, ‘I’m so sorry, I realise I’ve triggered you, I really didn’t mean to.  Let me just be quiet and you explain more’ (in the most genuine, non-victim way possible, because presumably you had no desire to actually trigger them and set of a minefield?  Presumably you genuinely wanted to offer some helpful advice?) then the situation is almost instantly diffused.  It especially works well with a hug.

If you’re anything like me, this always chokes a little.  My defence mechanism kicks in big style, because I HAVE SAID SOMETHING GOOD AND USEFUL WHICH WOULD HELP. And I didn’t MEAN to trigger or hurt him so it can’t possibly be my fault.

And yet, as I said, I NEVER have a desire to create a big fight and it’s simply the triggering that I am apologising for.  Genuinely.  Meaningfully.  Because that was never my intention and so I am sorry I did it.  Truly.

3.  If you spot the pattern shaping up in the usual way and you’re too angry to stop it, ask your partner to help you.

This sounds bonkers too right?  Except it’s not.  There are two of you in this who don’t really want to be stuck in a full blown argument, so if you can’t get your mind together to recover the situation, ask for help.  Even in a crying voice or an angry voice this can be a gamechanger.

“We both know where this argument is going.  We do the same thing every time and we’re on the downhill slope now.  I don’t know how to stop it.  If you want to as much as I do, can you help?”.

Ouch.  I know.  I mean who gets it WRONG in an argument?  Good grief.  Not me for sure.

Except I do.  Regularly.  And I get so lost in my desire to win that I don’t even care anymore.  Or sometimes I just don’t want to hear the feedback because it hurts a bit – not the feedback, the knowing that it’s true.

Keep asking the question.  Get so willing to discover the answer that you just keep returning to it.  Especially if you end up in a Time Out.

5.  Stop trying to convince your partner that you are right and listen to their point of view.

You haven’t finished listening yet by the way.  No jumping in at the next pregnant pause.  Stay with the silence.  Just in case there’s more.

6.  If one of you calls for a Time Out and you never do it, try it. Conversely, if your arguments always end in one of you having a big sulk for a day, try not having a Time Out and seeing what you can do to resolve it in the moment.

Remember, you are pattern breaking here.  Do the opposite of what you would normally do.

This is a biggie.  In our relationship, I’m high logic, John is high feeling.  I think, he goes with his gut response. So when I come at him with more and more FACTS and REASONS as to why what I am saying is in fact correct, I am WASTING MY TIME.   Actually, more than that, I’m making it worse.

Facts and statistics are not what changes his mind.  He needs to explore what he’s feeling.  (this is particularly important in case you were thinking a new way of breaking your pattern is to go away and list out all the reasons why your idea is amazing – IT WON’T WORK.  And believe me, I’m only saying this, because I have had SEVERAL clients come up with this beauty thinking it is a new approach.  It’s not a new approach, it’s the SAME THING done in a more sophisticated fashion. Nice try though).

Time Out is NOT your time to come up with a smarter answer.  It’s your time to think about how to break the pattern so that you can recover, heal, hug and move on.

Breaking the pattern is where it’s at friends.  You might be an entirely different character to me.  Your pattern may bear no resemblance to this at all.  And yet, I guarantee you do have a pattern.

Now you know that, it’s time to take a good look at it and crack the code.  To genuinely do something different next time.

Because what you’ve got going now is pretty tiring I reckon.  And trying something new, well there’s a lot to be said for it.

I’d wish you luck, and you don’t need it.  I’ve got a feeling you’ve got what you need to work this one out.  The great thing is, some of these methods mean you never even have the argument in the first place.

See, not as smart as I think I am.  Who’d have thought it?